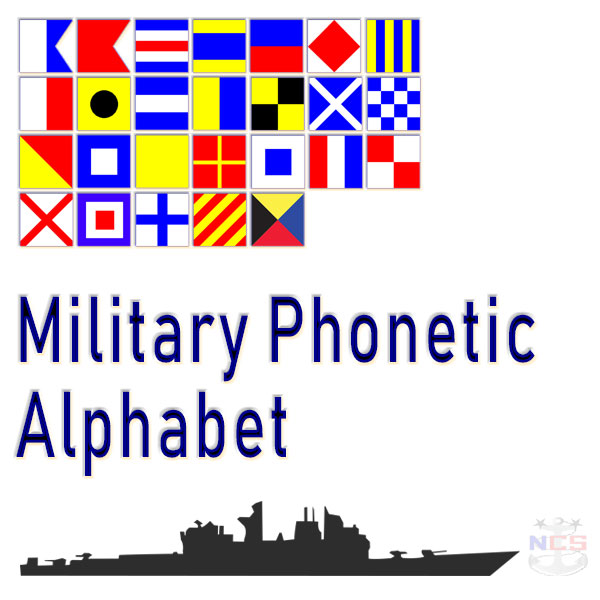 Ever since humans first developed into its own species on planet Earth, whether they used body language, spoken sounds, or even drawings on the walls of caves, they have attempted to communicate with one another. Over time, peoples that resided on various parts of the planet developed different sounds which would mean different things, for example, in early Semitic, a pictograph representing a house would have the translation of "beth" when verbalized, but on the other-side of the world, the Mayans word for house was "nahil".

An aside: for the English alphabet, the alphabet used by the United States and its North Atlantic Treaty Organization (NATO) allies, a letter was typically developed by taking the first sound of the spoken word. In the case of "beth", the initial sound became the second letter of the alphabet we use today¹.

Differences in how we communicate persist to this day, and to ensure the communications between each other can be absolutely understood, clear and standard methods of communicating were developed. Three of those methods are via the Phonetic Alphabet, Morse Code, and Signal Flags.

The Phonetic Alphabet is used widely in military communications. The phonetic alphabet, a system set up in which each letter of the alphabet has a word equivalent to avoid mistaking letters that sound alike, such as B (Bravo) and D (Delta) or F (Foxtrot) and S (Sierra). The pronunciation for each letter's phonetic word is contained in the parenthesis below it.

The letters of the alphabet in Morse code are represented by dots and dashes in the chart below. Radio operators usually substitute the expressions "dits" and "dahs" for the dots and dashes which resemble the tones of the telegraphic hand key when "speaking" the code. The groups of dits and dahs representing each letter must be made as one unit, with a clear break between each dit and each dah, and a much more distinct break between the letters. A dit is one-third the length of a dah.

It is very rare that words would be completely spelled out in Navy flag hoist signaling due to the length and number of flags required; not to mention the time it would take to handle all the hoists. To make the process easier and more practical, the signal book was produced. The signal book defines the flags to be used to communicate various messages. Separately, each signal flag has its own meaning, and for the Navy, those meanings are listed alongside each flag below.

¹ Information related to the development of the letter B was derived from the Funk & Wagnalls'® New Encyclopedia, Vol. 1, pg. 412. published 1990.