One Day in Six Minutes

Mass Communication Specialist Second Class Mark Logico provides a glimpse into a working day of the Navy in Hawaii in this well done time-lapse video, One Day in Six Minutes, Navy Region Hawaii.

Amazingly, the time-lapse video was not shot with a video camera, it was shot with a digital SLR camera, one frame at a time – wow. END_OF_DOCUMENT_TOKEN_TO_BE_REPLACED 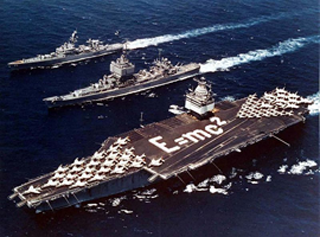 Besides all the various photographs of the ship and aircraft from the time and all the pictures from the numerous port visits the ship enjoyed during this historic venture, I found the following information interesting. The deployment was essentially two cruises in one; the normally scheduled 6 month Mediterranean cruise and the two month around the world cruise.

Only once previously had a similar role been assigned to ships of the United States Navy when, some fifty five years ago, sixteen first line battleships were sent around the world to test their capabilities and to attract international attention to the range and modern design of American seapower. This Great White Fleet, as is was called, sailed 46,000 miles in fourteen months. On its cruise, Task Force ONE steamed 31,000 miles in sixty-five days, conducting underway air shows around Africa, through Southern Asian and Pacific waters and up the east coast of South America.

The cruise, named Operation Sea Orbit, was a conclusive demonstration of the special global mobility and self-sufficiency of nuclear powered surface ships… a display of the advanced design of contemporary American seapower around the world serving as striking evidence of the enormous power for peace possessed by the United States. It was a great diplomatic gesture as well, for the Task Force acted as a roving ambassador whose actions and abilities spoke for all the people of its country, and whose hand of welcome was extended around the world…. 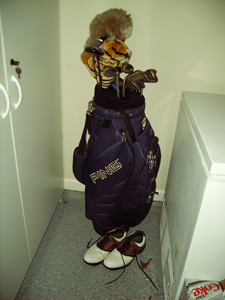 Article originally published on April 6, 2009: It is time to get the golf clubs from the dark recesses of you garage and dust them off. Walt Disney World has announced starting April 26, 2009 they will discount for those with a military ID (active, activated and retired) the rate of 18 holes of golf at all their golf courses.

To play before 1000 the rate is $59.00, after 1000 it is just $39! Yes, that includes the Magnolia, a PGA course which hosts the Children Miracle Network Classic golf tournament where Tiger Woods, Vijay Singh and Mark O’Meara are a few of the professionals who have won the championship trophy in the last few years.

We will be using our complimentary and discounted 5-Day Disney’s Armed Forces Salute Tickets, with the Park Hopper option and Water Park Fun & More Option.

Tee time is set! We will be mixing golf with our visit to the parks over a few days in late April staying at the Shades of Green which is nestled right between the Magnolia and END_OF_DOCUMENT_TOKEN_TO_BE_REPLACED

So I Called Up the Captain

The internet is a wonderful thing.

Just the other day I received a friend request on Facebook from a person I hadn’t seen or heard from in over 20 years. This isn’t some long lost high school friend (although I get those too), I am talking about a friend who is from another country I met while attending a NATO school on the Italian military base Borgo Piave in the middle of nowhere outside the town of Latina, Italy. 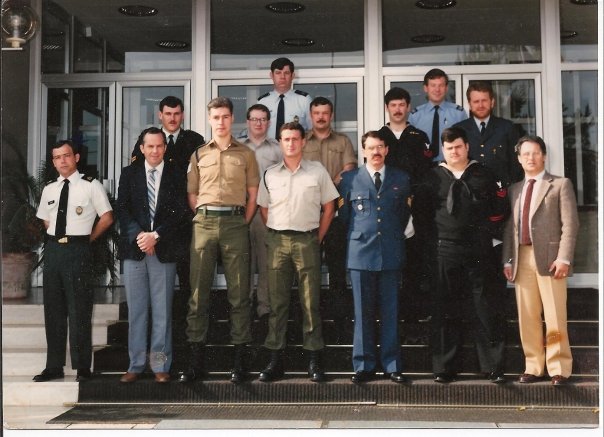 The school we classed up for would keep us there for about 3 months, the classes we attended prepared us for working on NATO’s satellite ground terminals. We arrived in May 1988, the class was made up of people from many NATO countries but five of us formed a bond I recall often and do cherish the memories.

They called the five of us the Beastie Boys. Three from the United Kingdom, one each from England, Wales and Scotland, one Canadian and myself. 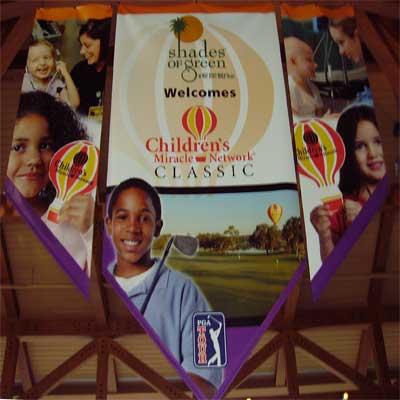 This week the Professional Golf Association (PGA) tour pros arrived at the Shades of Green (SOG) to participate in the Children Miracle Network Classic golf tournament. This is the thirteenth year for the event and hearing some of the golfers talk about it in the lobby it is one they look forward to. Tiger Woods, Vijay Singh and Mark O’Meara are a few of the professionals who have laid claim to the championship trophy in years past.

Amateur golfers can also participate in the event. Discussing the subject with the wife of such a golfer she said there is about a $7500 entrance fee and everything is included – even the hybrid Cadillac Escalades with chauffeurs who drive you wherever you want to go.

The Shades of Green blocked off 70 rooms for the event for the golfers and tour administrators. It is the END_OF_DOCUMENT_TOKEN_TO_BE_REPLACED

Shades of Green in November

The Shades of Green is an Armed Forces Recreation Center (AFRC) located at Walt Disney World. It is the only AFRC located in the continental United States and room rates are determined by your pay grade. The resort is located amidst golf courses and across the street from the Polynesian Resort which makes it an easy walk to the monorail.

We already have our reservations booked and my golf clubs are packed! The Shades of Green is offering the following for November 2008:

END_OF_DOCUMENT_TOKEN_TO_BE_REPLACED 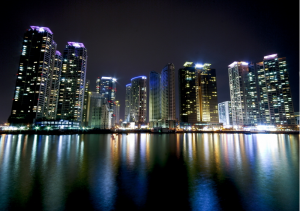 My Twidget Nuke Son may be stationed in Japan but his ship gets to travel all over the Far East. They had the privilege to make a port visit in Busan (Pusan), Korea, here is one story of the visit,

“So Korea turned out to be much better than I had first anticipated. My hopes weren’t that high because I had just never really wanted to go to Korea so I knew nothing about it. Walking around, the city of Busan is pretty impressive. Its size was amazing. From what I thought would be another Chile experience, Korea left a good impression. We took a bus into the center of the city and were basically cut loose. “Go out and do (good) things”, the good is implied. The stores were clean and new looking, everything was well maintained. We sort of went into explore mode and just started walking. For no purpose other than to head in a direction and see END_OF_DOCUMENT_TOKEN_TO_BE_REPLACED

My Twiget Nuke Son’s final episode of his first impressions of Japan. One of the great things about the Navy is the opportunity it provides to experience cultures outside our own – it broadens our service men and women view of life unlike any other profession can.

“We walked around for what seemed like forever. My feet hurt, and we finally decided to call it a night and go to our hotel. The rooms were large enough for a twin bed and the ability to walk between the bed and the walls/desk and that was it. The bathroom was only slightly smaller then the room itself. It had one of those fancy toilets with the buttons and gadgets on the side. One of them being a bidet, which I was too weirded out to try.

We went for dinner at this one restaurant that had a picture menu. (for ease of use. Otherwise we may have picked something not at all what we wanted). One of the things one the menu was small pizza. I was like wow, yay, pizza! So, I END_OF_DOCUMENT_TOKEN_TO_BE_REPLACED

OK, a herd of Nukes with a food fetish? My Twiget Nuke Son’s continuing saga of his first impressions of Japan, Enjoy! :)

“One of the things my friend had wanted to do while in Akihabara was go to a famed “Maid Café”. In a society all about social standards and ones place in society with the dominant male and subservient female, a whole sort of fetish revolves around the idea of a female serving you. But not in the “Can I get you a drink sir?” type way, but in the “Yes Master, how may I be able to serve you today?” type approach. The term “moe(mo –eh)” comes to mind. Well a maid café is a place where you go, all the waitresses and staff are female and dressed in French maid outfits. They talk sweetly and laugh in girly high pitched sounds and always try to bow. We were trying to figure out how to get to a maid café when END_OF_DOCUMENT_TOKEN_TO_BE_REPLACED

Japan is a Geek’s Paradise

“So when we finally arrived in Akihabara, Japan. It was much much different than the small city of Yokosuka. Being a part of Tokyo, Akihabara isn’t exactly deserted. Masses of people were all over the sidewalks, and when the light changed colors a herd of people crossed the street in one direction or another. The buildings were plastered with anime characters and video game signs, and one tall building on a corner had in large letters “Welcome to Akihabara” on a huge sign at its top. There were buildings with just floors and floors of arcade games, from the simple “UFO Grabber” games where you try to grab prizes, to the more complex. The more complex being one floor with 10-12 large mock cockpits to Gundams that close sealing you inside immersing you into a brawl of 5v5 Gundam arena combat. The non-participants got to watch a large screen in the center of the room END_OF_DOCUMENT_TOKEN_TO_BE_REPLACED